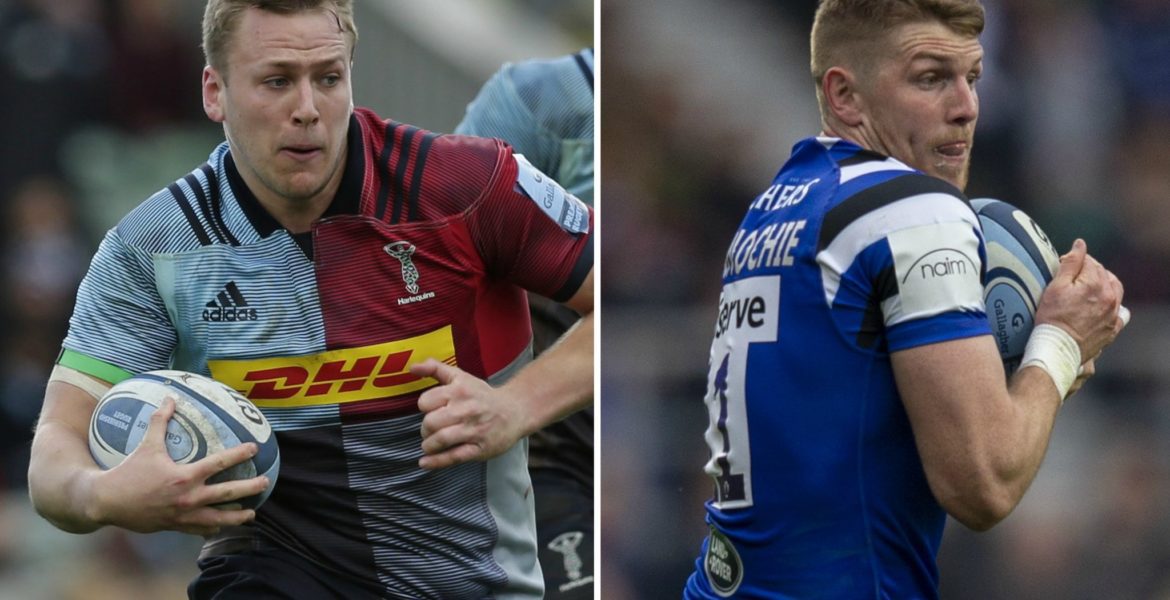 Northampton's Lewis Ludlam and Gloucester prop Val Rapava Ruskin have also both been called up to a senior squad for the first time.

As expected, the quartet of Danny Care, Chris Robshaw, Nathan Hughes and captain Dylan Hartley all miss out.

Hartley has not played since December.

The hooker, 33, led England to back-to-back Six Nations titles in 2016 and 2017 under head coach Eddie Jones, but has been struggling with a knee problem.

The World Cup will take place in Japan from 20 September-2 November.

England's 29-man training group is made up mainly of players who were not involved in the Premiership semi-finals at the end of May.

According to protocols agreed with the Rugby Players' Association, all players are guaranteed a five-week rest after the end of their season.

However, Ludlam and Rapava Ruskin both featured in the Premiership semi-finals, while Dombrandt and fly-half Marcus Smith - who is also named - were involved in an England XV against the Barbarians on 2 June.

The RFU say these players will have their workload monitored to ensure the correct rest periods are fulfilled.

While a place in the final 31-man World Cup squad, to be named in mid-August, looks a long shot at this stage, McConnochie and Dombrandt have both come from nowhere to force their way into contention.

Bath's McConnochie was playing rugby sevens as recently as last year, while Dombrandt is in his first season as a professional after finishing his university studies.

Ludlam has also enjoyed a breakthrough season at Franklin's Gardens, while Rapava Ruskin comes into the frame after the injury to Mako Vunipola and retirement of Joe Marler.

While Marler is considering his options, he has not been named in this training squad and remains in international retirement.

Elsewhere, the dropping of Robshaw and Care represent two of the biggest selection decisions made by Jones.

Both were central parts of the first three years of the Australian's regime, before falling out of favour.

By dropping them at this point and not bringing them into camp, Jones has shown he already knows the main composition of his final World Cup squad.

On this note, Jones has resisted the temptation to bring Hartley into the set-up to continue his recovery from his chronic knee problem.

It means the hooker's chances of making the World Cup squad are all but over, with Owen Farrell set to captain in his absence.

However Leicester prop Dan Cole and Harlequins full-back Mike Brown, both surplus to requirements of late, have made the squad, while Wasps scrum-half Dan Robson has recovered from deep vein thrombosis.

"The first two England training camps are designed to improve individual players' fundamentals to allow them to compete for a place in the Rugby World Cup squad," said head coach Jones.